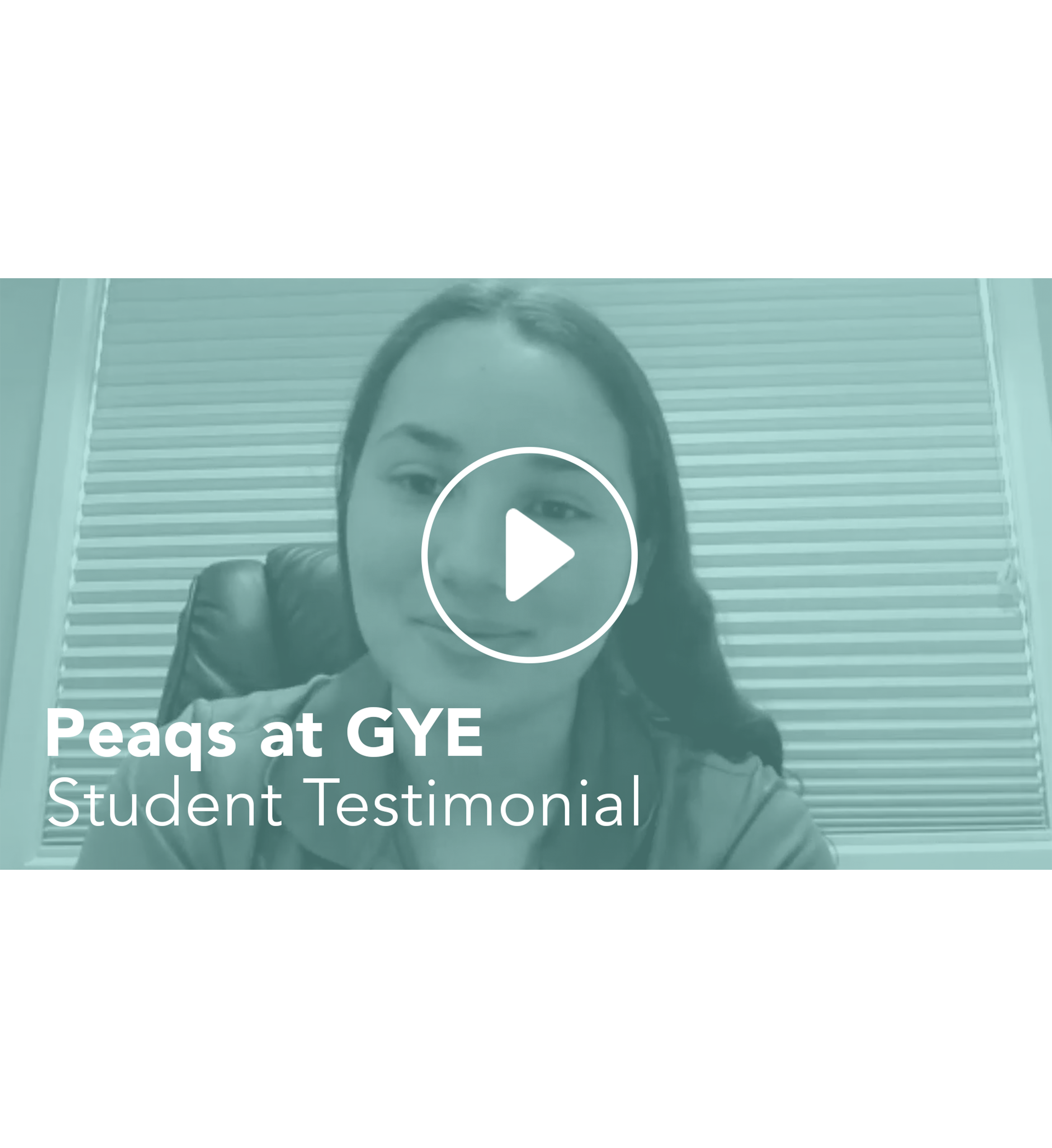 Q: About yourself, your name, where you live, what were you are part of and in which context did you use Peaqs?

A: My name is Alexa Rhodes and I am in eleventh grade. I live in Pennsylvania in the United States and the reason that I was using Peaqs was because I was in the Global Entrepreneurship competition. That is where a bunch of kids who were around my age from all over the world were competing in a competition, where you start your own business. We used the Peaqs platform to show the mentors and the other students what our projects were.

Q: How many people were participating and where were they located?

A: I think in the final there were 15 participants, but in the beginning there were 75 to 100 different projects. A lot of them were out of the States, in China, in Canada, there were 2 different groups in the States. I saw the opportunity to go into the GYE Competition to further my skills of running a business.

Q: How did you work on your project using Peaqs and how was your experience with using the platform?

A: It was simple for me to put in my information, that’s one thing I really liked about the platform, was how simple it was, and how easy it was to understand. I think my experience with Peaqs was very insightful into different ways that we can learn. So, in school, especially right now because it’s virtual, a lot of teachers are trying to figure out different ways on how you can teach. I think for the business class that I’m in, it was definitely a cool way to show all of your information to others and to have it to where people could invest. I’ve never seen anything like that before.

So, going from where you’re just posting your information onto a website, which can sort of get boring, this was a different website where you were able to have it all laid out in a really cool manner. Like, you could put like in the product with different photos, or you can do the business model which I thought was really cool.

I really liked looking at other peoples projects and I liked all of the graphs that were on it. The colour scheme was really, really nice and calming to look at, so it wasn’t very overwhelming when you went in, which I liked too. I think the whole experience was really nice, it was not overwhelming at all and it was simple, like I said before, so you could really understand what you were doing and you wouldn’t get confused.

Q: What was your favourite parts about using Peaqs in the GYE competition?

A: I liked how mentors could comment on different parts of your project, and I liked how the people who I was competing against could see my project and I could see their project. It was also really, really cool that you could invest in other people’s projects, although I didn’t get a chance to do that. I saw how cool it was for the other people at

my school who were competing in it, they really liked that process of being able to decide which project they liked the best and who they wanted to invest in.

I think that because the mentors were able to look at everyone’s projects on the same platform it kind of levelled the playing field, even though every single person was in a different country which I also very much liked.

I think the way that the competition wanted us to use it was that we would line up our information, where the problem statement was and then where the product description was, so it was like a clear way to put your information out there and then once you published it, it was really easy for other people to read.

Q: Did Peaqs help you get an overview of the other competitors in the competition?

A: The Peaqs platform did help me get a little insight into what I was competing against.

So because there were people all over the country and all over the world, for me Peaqs was very, very beneficial because I’d never talked to them in my life, i didn’t know who they were,  but because all of it was on the same platform, all in the same language, it was really easy for me to see what other people were doing.

Q: How did Peaqs help you get a structure of your project and did it help you pitch it?

A: It definitely helped me pitch it. There was the one part that said “Get to the market”, I really liked that part where you were able to put your product sustainability and your plans, the whole thing, because it was lined out like a business plan might be. You were able to kind of assess what your own project was while assessing others. I had all of this information written down, maybe in one google doc or in another, but having it all in the same place was really helpful for me because I was able to see, exactly what my project was at that point in time.